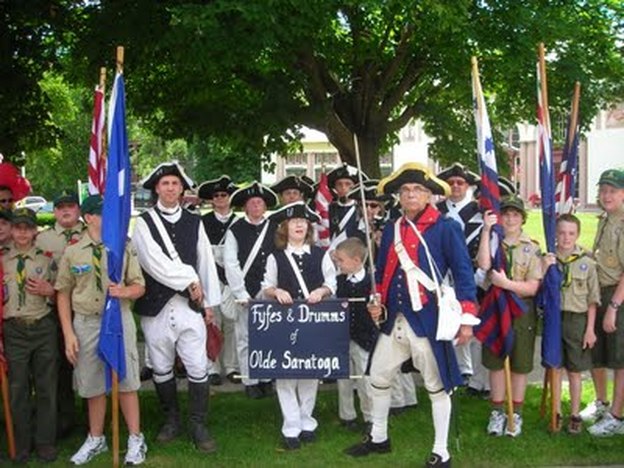 Mr. James L Freitas was a great man and we are sorry for his departure, but Troop 1 will continue his legacy.

Mr. Freitas passed away August 3, 2010.  According to his obituary that was posted in the Times Union on August 14, 2010, he was passionate about re enactment, "especially in his role as flag bearer for the French Marines during the period of the French Indian War.  Jim also carried flags in local parades and gave many hours to the local Boy Scouts in learning the traditions of the military flags".

The troop owes it's thanks to Mr. Freitas for the donation of our many historic flags and hopes that we can honor him by proudly displaying and providing proper care for the flags that he left in our care.

Many thanks to Mrs. Hosek for the pictures